La Liga hasn’t been reviewed lately, therefore, this time we’ll have a look at performances of stand-out participants in the last period.
Definitively the most interesting situation is in the biggest club in the world and defending European champions.

Real Madrid currently sits 3rd in La Liga and that looks to be the best they can achieve this year.

Beside the hard-fought but ultimately deserved victory against Sevilla this weekend, Blancos have immense difficulties.

Only in 2019, in 3 weeks, Real already dropped 5 points. Half of the deficit to Barcelona! 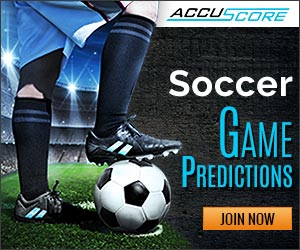 And if Sevilla would present itself at the Santiago Bernabeu like a team fighting for Champions League place, Madridistas would be in even worst situation.

Playing against a direct rival for European premier competition qualification and accumulating a total of 2 shots on goal speaks volume. Do the Andalusians really want that spot?

Perhaps Machado, Sevilla’s manager, counted on misfiring Madrid’s attackers’ help in getting something out of it.

If so, few could blame him however this kind of approach could be understood by relegation-threatened teams, not top-of-the-table contenders!

After a nightmare October culminated with a dreadful El Clasico performance, the coach has been changed.
Santiago Solari took over and besides winning Club World Cup, admittedly little more than a friendly tournament, didn’t do much.

Of course apart from fighting with one of the most talented players in the squad. If Isco’s attitude deserves such treatment is up to the manager and his staff.

Anyway considering the situation and performances shown on the pitch, both of them should take a step back and revise their positions.

Isco can’t allow spending his theoretical peak on the bench. He’s had his fair share of misunderstandings also with Zidane. But eventually won him over and played a crucial part in club’s fortunes in recent successes.

On the other side, Isco’s creativity and technique are essential if Real is to fight for any target, aside from the above mentioned CWC.

For the good of the team, and consequently his, Solari has to find a way to communicate with the player and get the best out of him.

Winter transfer market isn’t offering any blockbuster signings and the Argentine manager has to work with what he has.

Whatever the issue with Isco is, solve it, there aren’t better footballers coming to the rescue.

I’ve already expressed my thoughts on Real’s current squad. A big portion of the players available past their best. In order not to ruin all the good done till now should leave.

It’s hard to part ways with legends, every club experiences the same situation.

Nevertheless, it’s a necessary step toward a brighter future.
A large overturn in the locker-room is needed. Even Perez must be aware of it by now!

Squad reconstruction started last summer with the sale of the most prolific striker and one of the most decorated managers in club history.

Even if Solari doesn’t earn confirmation for next season. No matter if final La Liga position is bellow 4th spot. Whatever sporting disaster might occur, for next season, Mourinho isn’t the solution!

After the unexpected setback against Betis on Nou Camp in November, the Catalans rallied up, tightened the defense and started to play as everybody’s used from them.

3 goals in next 8 matches conceded are a proof and convincing victories against Espanyol, among others, demonstrate squad’s strength.

Domestic cup administrative fiasco will soon be forgotten if the team will continue with impressive displays, maintain an abundant advantage in the league and progress far in the Champions League.

Deportivo Alaves and Getafe deserve special mention! In spite of limited resources and teams composed of relative unknowns to the wider public, both stand in European qualification places.

Both have their most valuable player evaluated less then what Real or Barca stars are earning, both have patched up the squad with loans and both have a better defensive record then serial World champions.

In fact, Getafe is second only to Atletico Madrid in the defensive category!

Initially, I had my doubts on their successful campaign but after 20 battles you have to give them credit for pushing Sevilla in 4th place. Hats off!

Barca might not allow any title race to take place. But for all other places, there won’t be any punches held. With Real Madrid, Alaves and Getafe, the fun will continue right till the last match.